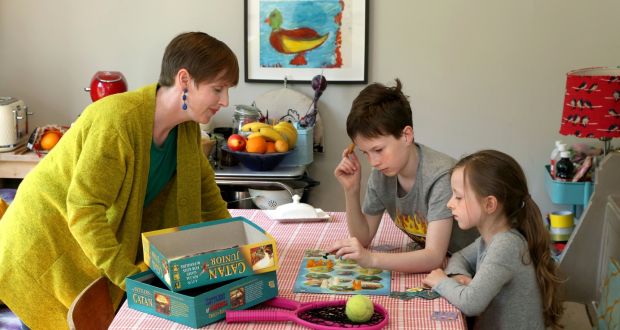 Children undoubtedly learn from their parents but very few of us will devote time and energy to taking on the mammoth task of educating the next generation.

Firstly, it requires hard work and dedication as well as a whole lot of commitment and resolve. But it may also be necessary to transform part of your home into a makeshift classroom in order to embrace fully the concept of home schooling.

We spoke to three sets of parents who took charge of their children’s education and set up a family classroom within their own four walls.

Pauline O’Reilly gave up her job as a solicitor to be at home with her children and is running for election with the Green Party while her husband, Conor, works in IT from their home in Galway city. Together they educate their children, Finn (11) and Cara (8), inside the house and also in a custom-built shed in the garden.

“Finn had been going to preschool for over a year when he said he didn’t want to go to [big] school. We visited various schools but none seemed like a good fit, so we decided to home educate. 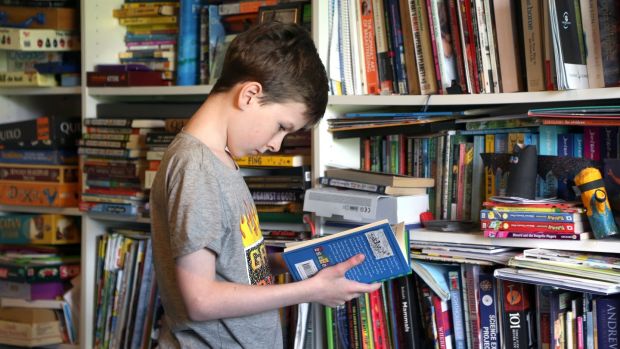 “We have a large number of books in the house and the kids pick them up and put them down when they want to. I often read from the newspaper to spark their interest and hand over an article if it’s exciting to them. We also have a lot of political discussion on current affairs and talking is how much of our day is spent.

“We downsized to a smaller house and have one car because of the financial aspects of having a parent at home. Fortunately we didn’t buy a house when we were both working, so we had the option to cut our cloth to suit our means. We now live in a three-up two-down house [in Galway city], but we built a large shed in the garden to work in during the day. We also got hens and grow some food and we have a large number of maps and paintings around the walls.

“Every day is different and we don’t follow a curriculum. Depending on the children’s interests we sometimes use school books although generally materials come from the adult world. Cara spent a large portion of her day on maths for the last few years and now that’s flipped over to reading and writing. Finn started to read when he was very young and now he does a lot of writing on the computer. He has also recently taken up a course in Udemy, which is for all ages – so our week is planned but our days vary.

“We meet other families at least once a week, go swimming regularly and on Thursdays attend a home education yoga group. The kids are also involved in Galway Community Circus and Finn is in Galwegian’s rugby club and every week there is another more general home education get-together for families in Galway at different venues.

“Parents organise events such as chemistry, nature, archaeology talks. A lot of what we do seems outside of the norm until you are doing it – then it feels natural.”

“We started preparing for home education about half a year before Catherine was born.”

Kevin O’Kelly is a full-time dad and part-time audio and video recordist living near Roundwood in Wicklow. He home educates his daughter Catherine (7), together with partner Una, and says teaching their child themselves was always on the cards so their house has always been a place of learning.

“We started preparing for home education about half a year before Catherine was born. I know there are mixed thoughts about the effects of music in utero but we started with that – and she is very musically inclined, learning piano, wanting to learn violin and singing a lot.

“Developing a strong sense of self-confidence, social connection and responsibility along with time and space to explore her sense of purpose was important to us. Letting her develop what she’s passionate about is also a key element for us. This is child-led learning combined with exposing her to new situations; it’s a mixture of following her interests while giving her as much input as we can in as broad an area as possible.

“We visit castles, bogs, museums, shorelines, mountains, forests, shops and homes very frequently. On one holiday in the midlands we visited the library, fire station and playground in almost every town we passed through. Another time we visited seven different bogs and explored the differences in plants and animals in each.

“There is no typical day. Sometimes we have a task to do – last week we surveyed the permanent orienteering course in a Dublin park, another day we met a large group of home educating families in Athy while the previous week we wandered in a forest with a smaller group of families. Afterwards we listed eight different languages used in the group, so now there’s motivation to learn French, Portuguese and Polish.

“Sometimes we have a day of gardening at home. Other days we do Lego for six hours at a time and explore maths and engineering while we play. We turn cooking into science experiments and questions just arise. We have arts and crafts items, lots of books and posters, CDs and DVDs, online subscriptions, nature channel TV subscription and we’re enthusiastic users of the library. We’re bookworms anyway so we already had lots of shelves and the home ed community is great at passing around resources.

“But while it is home based it is not limited to the home; there are lots of different environments involved in providing the best education we can for our children.”

Brídín Nic Dhonncha lives with her partner, Goorik Dehaene, and their two children, Lúcás (8) and Peadar-Jim (5), on the Connemara coast in Galway. They decided to home educate when Lúcás was 18 months old as they were self-employed and moved around a lot. Their second son was ill when he was born so their plans were put on hold for a while but, having been assessed by Tusla, they began home educating their two sons in September 2017.

“We took this decision having observed that Lúcás would mull over a subject matter for a long time and find out lots about it before moving on. His interest in astronomy has lasted years, but was intense over the first two. He has read all about octopuses which led to him learning about the biology of other animals and humans. This may be similar to how most children learn, but home education gives an opportunity to indulge passions.

“We are un-schoolers, so don’t follow a curriculum and are guided, not led, by the children so we follow their interests”

“Peadar-Jim [who has Down syndrome] is doing very well but, according to his reports, he has the psychological age of two, so is in no way ready for school. Our typical day starts with a large breakfast and then anything goes as no two weeks are the same – last week was very busy with different outings while next week will be very quiet. We are un-schoolers, so don’t follow a curriculum and are guided, not led, by the children so we follow their interests.

“We provide materials and strew many books, maps and materials for them to pick up as they wish. Lúcás is an avid reader and likes to create comics. Peadar-Jim is still working on his language skills. Their needs are very different and we were very nervous about that initially, but both of them are very content and we feel that everything is working well. Obviously we are aware that things change, but at the moment all is well.

“Peadar-Jim’s early intervention team has always been wonderful and supported us in our decision to home educate even though we were the first family in Galway west. There was no judgment, only massive support and we are very grateful to have that.

“Our lessons really do happen anywhere”

“Our lessons happen in the kitchen, the sitting room and mostly on a small carpeted area upstairs. A gifted local carpenter fitted beautiful orange bookshelves along the wall there for their books, jigsaws and Lego. Lessons also happen on the beaches here as we live on a peninsula, or in the fields where we plant as many native trees and plants as we can and explain to the children their importance during this crucial time on our warming planet. Our lessons really do happen anywhere.

“We are very lucky as we are both self-employed and it kind of works out that I work during autumn and winter while Goorik home educates, and then we flip over during spring and summer. This is a very happy and a very free life for us, and it allows us to take one day at a time.”

For more information on home schooling in Ireland, see henireland.org