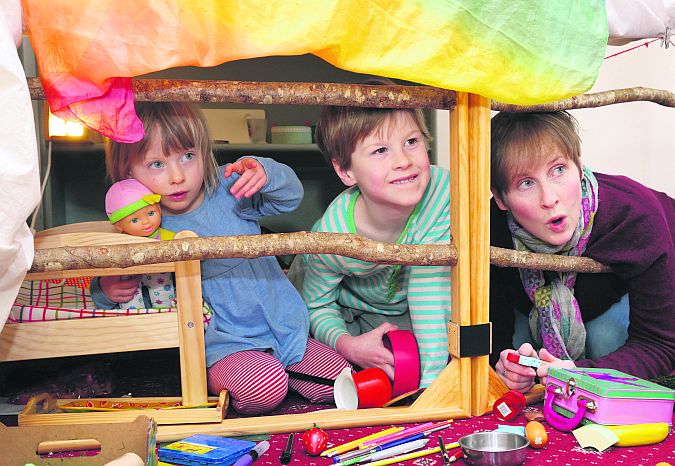 Pauline O’Reilly’s son Finn was four when he announced that he didn’t want to go to ‘school school’. He’d been attending Montessori, where “everybody was lovely and kind”, according to his mother, but he had never settled, was constantly tired and was not looking forward to ‘big school’.

“A lot of children say that, but we were in the habit of trusting our child’s instincts,” says Pauline.

Until Finn made that utterance, she had been having sleepless nights, wondering what primary school to send him to. Suddenly everything fell into place.

Pauline and her husband Conor, who live in Galway City, began to explore the option of home-schooling, something that is legal under Ireland’s constitution.

These days, Pauline takes charge of educating Finn, who is now eight, and his four-year-old sister Caragh. And, while home-education might not be for everybody, it’s an option worth exploring, says Pauline, who trained and worked as a solicitor before opting to focus on her children’s upbringing and education, via ‘unschooling’.

While she agrees that the term ‘unschooling’ might imply that somebody isn’t receiving an education, that’s not the case. The term was coined by American educationalist John Holt in the 1960s after his experiences as a teacher led him to believe that formal schools actually stunted children’s development, educationally and emotionally.

Unschooling is based on what children are interested in and has no formal curriculum as children discover the world around them and learn how to navigate it in co-operation with their family, friends and larger community.  That may sound a bit anarchic to those who believe in rules and regulations, but it works, says Pauline. And she has researched the subject extensively.

“You trust your children to want to learn in the first few years and that doesn’t stop as they get older,” she observes. Adults, too, are curious about the world around them, so she finds it difficult to see “why a human being needs to be forced to learn between the ages of four and 18, when for the rest of our lives we are interested in things and want to learn things”.

Very little research has been carried out into home-education in Ireland, but studies elsewhere have shown its benefits, she says.

She points to US psychologist Peter Gray, a professor at Boston College, who researched the role of play in helping children to learn. By ‘play’, he means self-directed play, initiated by children themselves. Like all mammals, such as cats and dogs, young humans have a natural instinct to learn.

Modern society “assumes that children are, merely because of their age, incompetent and irresponsible,”  and forces them into formal schooling, says Professor Gray. This type of schooling deprives them “of the time and opportunities they need to practise self-direction and responsibility”.

Self-direction is a big aspect of home-schooling and, says Pauline, “Finn can spend a period of months at something and then not go near it for ages”. He loves the computer game Minecraft and might spend hours playing it, but will then switch effortlessly to making things with cardboard. Minecraft is now on the syllabus in many schools and Pauline feels it’s important educationally, although “you’d hate to see them on the computer or iPad all the time”.

When it seems that might be happening, it’s a question of directing the child away from the computer, so as a home educator, “you spend a lot of time checking in on the child and on yourself” to see what is happening.

Pauline is clearly fascinated by the way children follow their own educational instincts and says that while Finn is into computers and war history, Caragh is already displaying far more artistic tendencies.

“When you have a second child, you see it’s nothing you have done [as regards rearing]. They are themselves.”