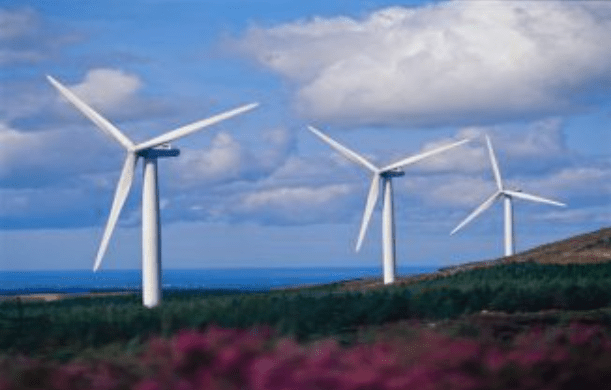 Green Party Senator Pauline O’Reilly today raised job and business opportunities for Galway and the West with the increased investment in wind energy. The potential was explored at the Climate Action Committee in the Oireachtas today. Senator O’Reilly is part of a committee of 15 TDs and Senators  “that is looking at far-reaching measures Ireland can take to turn our country from climate laggard to climate leader over the next ten years”.

She said that it is clear from the Committee meeting that there are new opportunities in manufacturing for wind energy, as well as relocating industry from the East of the country to take pressure off the grid. These go hand in hand with investment in Galway Port and broadband for the West, which she says “I am determined to see taken to the next level, but in a way that respects the environment and local communities. This is why I specifically asked Wind Energy Ireland to do more to ensure that the planning put forward for wind energy onshore and particularly offshore was done properly. There have been projects in Galway that have been criticised for not following best practice. This should never be permitted”.

At the committee Senator Pauline O’Reilly asked “In relation to the West and North West, quite apart from the national grid, what other infrastructure is required for us to advance wind energy because what is likely to get communities on board is seeing investment in their areas. It then becomes clear that other types of investment go hand in hand with investment in wind energy itself?”

Senator O’Reilly asked if there would also be opportunities in manufacturing and maintenance in the wind energy, which Ireland so far not fully captured.

Mr. Noel Cunniffe of Wind Energy Ireland responded that “There is a commercial opportunity for Port infrastructure off the West and East which can help become a supply base and create an indigenous supply chain to support the offshore industry in Ireland”.

Mr. Cunniffe went on to say that “one of EirGrid’s current options, as part of their consultation, is looking at the savings you can make, in terms of grid infrastructure requirements, if you can move some large energy users from the Dublin region to other parts of the country, and they are looking at the West and North West as options there”. “Delivering that will require public policy support in order to achieve that transition but also infrastructure development in things like fibre broadband”.

Senator O’Reilly said that “We have a big task ahead of us, but with that come opportunities. With the Greens in government we want to make sure that we take the leap, but do it in a way that supports communities. The energy sector is where very large gains in terms of emissions reductions can be made”.