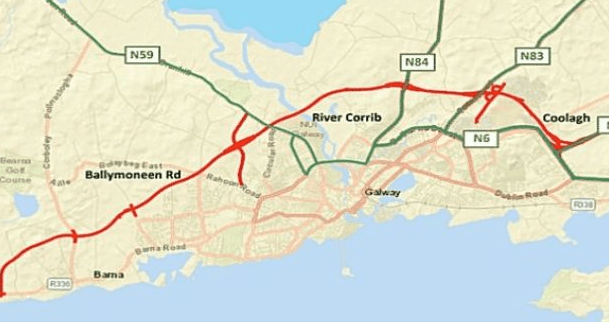 Senator Pauline O’Reilly said that the new National Development Plan is a reorientation of spending on transport:

“Funding to maintain existing roads is being increased. However for the first time there is no commitment to build new roads. Roads, including the Galway City Ring Road, now have a hefty new list of hoops to jump through and personally I just do not see many getting over the line. There is going to be a change to the Public Spending Code to assess emissions of all new projects, all projects will be prioritised against the Climate Action Plan and the commitment that we got in to the programme for government to have spending of two to one on cycling and walking over roads and been extended in this plan from 2025 to the end of the decade”.

“Not only that, but the commitment we got to spend €360 million a year on cycling and walking up to the year 2025 has been extending to 2030, as has a spending ratio of two to one on active transport over roads”.